You Can’t Bomb An Idea

With American military power represented by a missile and Al-Qaeda represented by an aircraft used to attach the World Trade Centre. This print illustrated the pointlessness o trying to destroy any kind of ideology with bombs, be it capitalism or Islamic fundamentalism. The font used is Virus Tomahawk digitised from the lettering side of the cruise missile. Thee print has no top or bottom – It can be endlessly turned to give equal prominence to either opposing ideology. 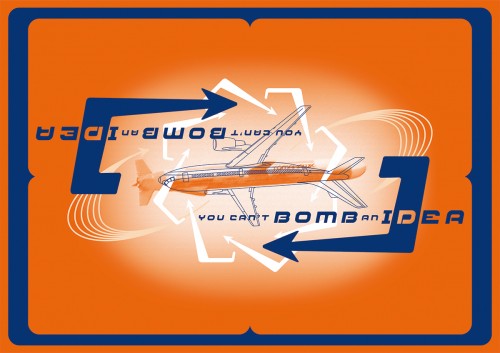